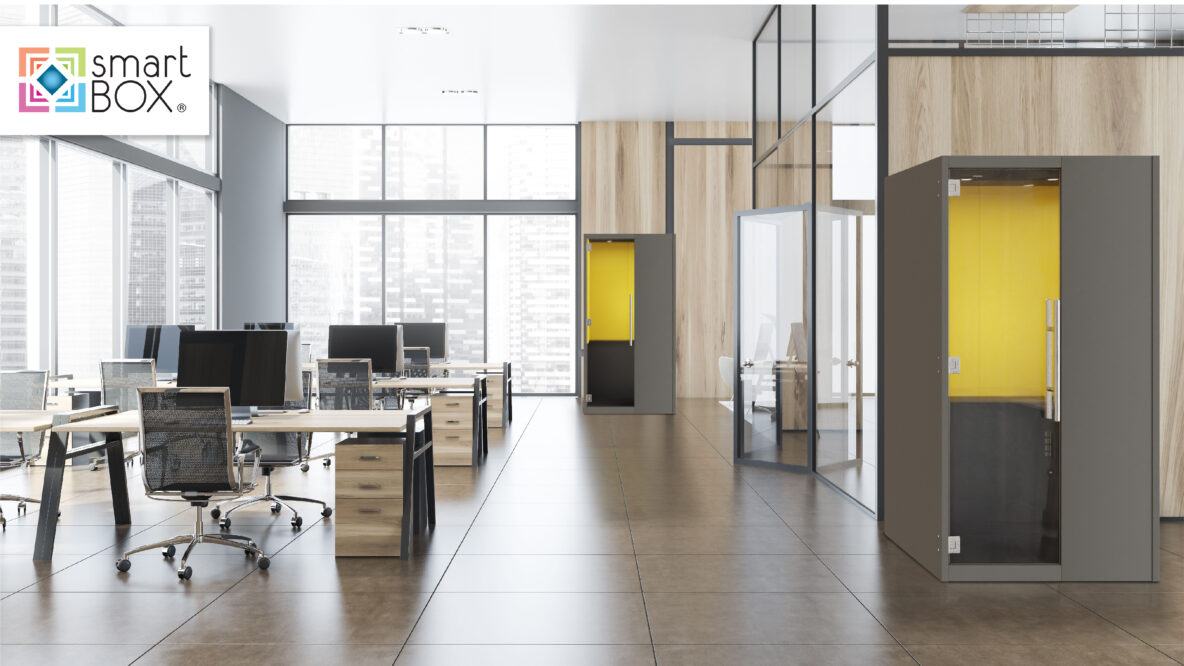 Google isn’t the only company requesting workers go back to the office. Jobs report shows more people are joining the ‘Great Return.’

Sharing a great article by Andrew Keshner published by Market Watch and our thoughts on the “Great Return” Given the current trends we at the smartBOX Company think it is more important than ever to support the best possible workplace experience. Our phoneBOX and workPOD lines offer flexible privacy for individuals and small teams. Learn more here – https://thesmartboxcompany.com/

Nearly two-thirds of Manhattan employers think at least half of workers will be in the office on a daily basis by the end of March.

With spring just around the corner and the highly infectious variant all but in the rearview mirror, this could be a preview of what’s to come.

Last month, 13% of workers said they had to telework for at least some point in the four-week span due to the pandemic, February jobs report data showed Friday.

That’s a noticeable drop from the previous month, when 15.4% of workers said the pandemic upended their work plans as the omicron variant burned up case counts before it seemingly burned out in the U.S.

A record 7.8 million people called in sick for work at some point in January. One month later, the number tumbled to 3.6 million, Friday’s data showed.

February’s 13% mark is still above the end of last year, when just over 11% of workers said the pandemic forced them to telework.

Returning to in-person work may not be a happy prospect for people who have gotten used to the luxury of working from home in their pajamas, and don’t miss those long commutes, or the expectation to sit at their desk for eight hours a day, even if it’s only a few days a week.

The pandemic has also taken a toll on people’s emotional and mental health. “We all have been or at some point will be a jerk to somebody. It’s not always intentional. You get overtired, snap at somebody,” Tessa West, a New York University social psychology professor and author of “Jerks at Work,” told MarketWatch.

Still, a number of company policies, surveys and statistics indicate spring is the bounce back to the office for many white-collar workers.

Google GOOG, -4.28% announced this week it’s calling workers back to the office in April for hybrid work arrangements expecting at least three days in the office. All of the offices at Twitter TWTR, -2.91% are reopening this month to give workers the option, its CEO Parag Agrawal said this week.

Google’s approach matches a model of three days in the office and two days of teleworking that more than two-thirds of major companies were already using, according to research last year from Morgan Stanley MS, -3.37%.

The omicron variant delayed many return to office plans in New York City, according to a survey from the Partnership for New York City, an organization comprised of the city’s leaders in business, finance and real estate. Nevertheless, six in 10 employers expected by the end of March they would have at least half their staff at their Manhattan offices every day.

Outside New York, office occupancy rates are also coming back. Kastle, an office space security technology provider, has been counting activity on devices like its fobs and keycard to get a glimpse at office activity.

By the end of February, the company had a national average 36.8% occupancy across the 2,600 buildings where its customers work. That’s off from the nearly 40%, but up from the 33% occupancy at the start of February.

The physical office return might be a tough readjustment for people who have turned the work-from-home arrangement from an early pandemic emergency plan into a job expectation.

But it may be less of a worry for others. Almost two-thirds (62%) of remote workers said at the end of February they’d feel comfortable going to the office in the upcoming week if they were asked, according to an ongoing Morning Consult poll.

Your item has been added to cart.